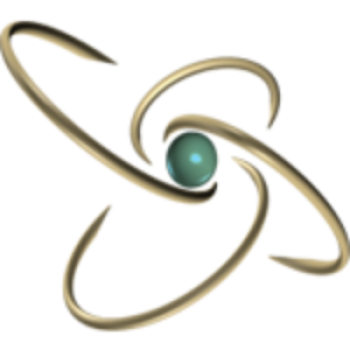 In the beginning, it was “Closed for Trade”.  However, a very attractive, Grade II listed family friendly North Devon Pub / Restaurant.  With a 16th Century, classy cottage appeal – coupled with re-establishing itself as a local’s venue, has the potential and opportunity to develop back in to an Inn by way of developing the current landscape for 3 Letting (B&B) accommodations.

Behind Closed Doors:  First order was to ensure the pub was cleaned in side and out, from front to back before it could be re-opened.  We re-established connections with the necessary suppliers and contractors and procure the best deals possible.

Identity:  Based on past tenures, the business had presented itself in many different ways, therefore, we set about connecting with the locals to identify what they were looking for in/from this establishment.  This eventually created an image and list as to what stock is needed to form both a new wet and dry offering.  Local and more traditional ales/lagers/ciders, as well as locally produced ingredients styled as a gourmet pub menu, but not quite the gastro.  Additionally, they would like to see the pub maintain that homely / cottage feel.

Upgrades:  Along with plans to upgrade the properties utilities so as it could cope with the new work load.   A lot of equipment was either repaired or replaced, with the footprint / floorspace being addresses to ensure either, any future plans could take hold, and or ensure more bums in seats were possible.   Further to this, we also ensured locals understood that the establishment was not only an eatery, but was at the end of the day – a drinking establishment.

Innovations:  Cellar and dry storage areas where up-graded to meet and beet normal specifications in order to improve the quality of both wet and dry offerings.  Furthermore, as there was a shift in the local economic structure (businesses closing), the business also became a takeaway, with the slogon being – “Good food on the Go”, which applied to our Sunday Meal offering, mainly for the more immobile elderly residents as a meals on wheels proposal.   Additionally, our future plans also encompassed building 3 high quality ensuite letting rooms.

It worked for us, and the principles used would work for the many… however, we are not accountable for what happens to a business once we have left behind any changes and or handed over any development plans.  It would be fair to say that it is all a matter of choice, needless to say, and to date, people have tried it their way and it has not served them as well as they had expected it to have.

While a URL (web address) was purchased, it was never maintained and has now since lapsed.  However, and as it was, you’ll find some of the elements that where on there, in the businesses documentation.

Site Presentaion:  Whites, Silvers and wood based colourings.  (With Images of the Pub itself).

Menu Offerings:  You will also find our menu in the proposal – giving a snap shot as to what we where offering.

Opening Hours:  Along with the pub / restuarant open / serving hours, we also displayed some of the up and comng events.

Bookings:  More so meaning table reservations, however, and part of the plans, this would have served its use for our new letting rooms.

Contacting:  Tthe usual, find us and contact information, along with any social media links.

In our own opinion, everything you would have expected from a pub / restuarant site was there, we where also building up a “what is local” page, that is, all the local attractions for sight seeing and general days out ventures.

Web Presence:  Again, while now not available in the past context, it did have its own point of contact both via email and phone number.

Networking:  We had menus and in among most all local B&Bs.

Marketing:  Along with having posters dotted about, we were also listed in Hartland Peninsula, the local paper/magazine, trip advisor, google business listings and other cornwall basic marketing slots.

Business Matters:  While Email addresses exist above, they are simply there for you to contact Shadow Crown Services, in the event you would like us to evaluate and present a development plan for your business.

There one or two issues that needed to resolved and while it neared its resolve on completion of the project, I would expect that the new owners are now well on their way to building a great community presence.

While other social media platforms where explored, it was not required as local medias such as hartland peninsular, local hartland post was becoming quite effective, along with both word of mouth and trip advisor feedback.  Additionally, it was also about having the time dedicated to maintaining multiple media streams.